After DeMarcus Cousins signed with the Golden State Warriors for a bargain, NBA fans are declaring that the season should be cancelled.

They are furious that “ring-chasing” players have ruined the already bleak parity of the league. In response, DeMarcus Cousins and his agent say that no other teams around the NBA made him an offer. Without the Warriors offer, Mr. Cousins was considering joining the popular TV show “Dancing with the Stars.” 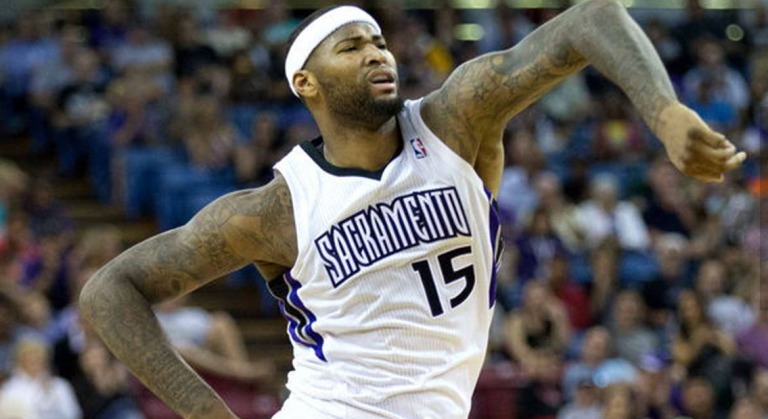 DeMarcus showing his dancing ability earlier in his career

The Cousins signing was a surprising twist in a free agency period that had just begun. In general, most free agents made their contract decisions based on their desires for success, financial security, and their families wishes. This had NBA fans around the country really pissed off.

To avoid some of this hate for choosing to do the right thing, DeMarcus Cousin’s explained that going to the Warriors was his only choice, other than appearing on the hit TV show Dancing with the Stars.

“I really wanted to live up to my “Boogie” nickname. I wanted to show people I have great feet, on and off the court” remarked Cousins. Cousins would likely start off the “Dancing” season doing flamenco, and then pivot towards the samba style.

DeMarcus Cousins has been known to do things in an unorthodox manner, and he figured doing something different for a change would help his on-court persona. “Referees are always looking to give me fouls, but maybe after the show, they’ll see I’m just a guy who wants to dance”

Though its unknown if Cousins would have had success on Dancing with The Stars, he is adamant the experience would be positive for his career. “I think I’d get an even bigger contract,” Cousins exclaimed, “after showing my talents on Dancing with the Stars. I could take a team to the finals there easily.”

Cousins signing for the mid-level exception with the Warriors is a slap in the face to the competitiveness of the NBA. Yet, some feel that Cousins seemingly intense fascination for Dancing with the Stars, might be a distraction down the line for the seemingly perfect team.

“I know he’s a big fan of dancing,” explained Warriors Head Coach Steve Kerr, “so I’m going to need him to lay off the dancing and be physically prepared for next season. Can’t risk all this dancing effecting his recovery.”

It’s been reported that the NBA is already considering the implications of the situation, and may speak with the player’s union about the dangers of becoming television celebrities. The NBA is fearful more players will follow the DeMarcus Cousins path, and will lose good talent to competing entertainment outlets.

NBA fans need to embrace that a new era has begun, where NBA stars are more than just athletes, and people with real aspirations to become excellent TV celebrities.